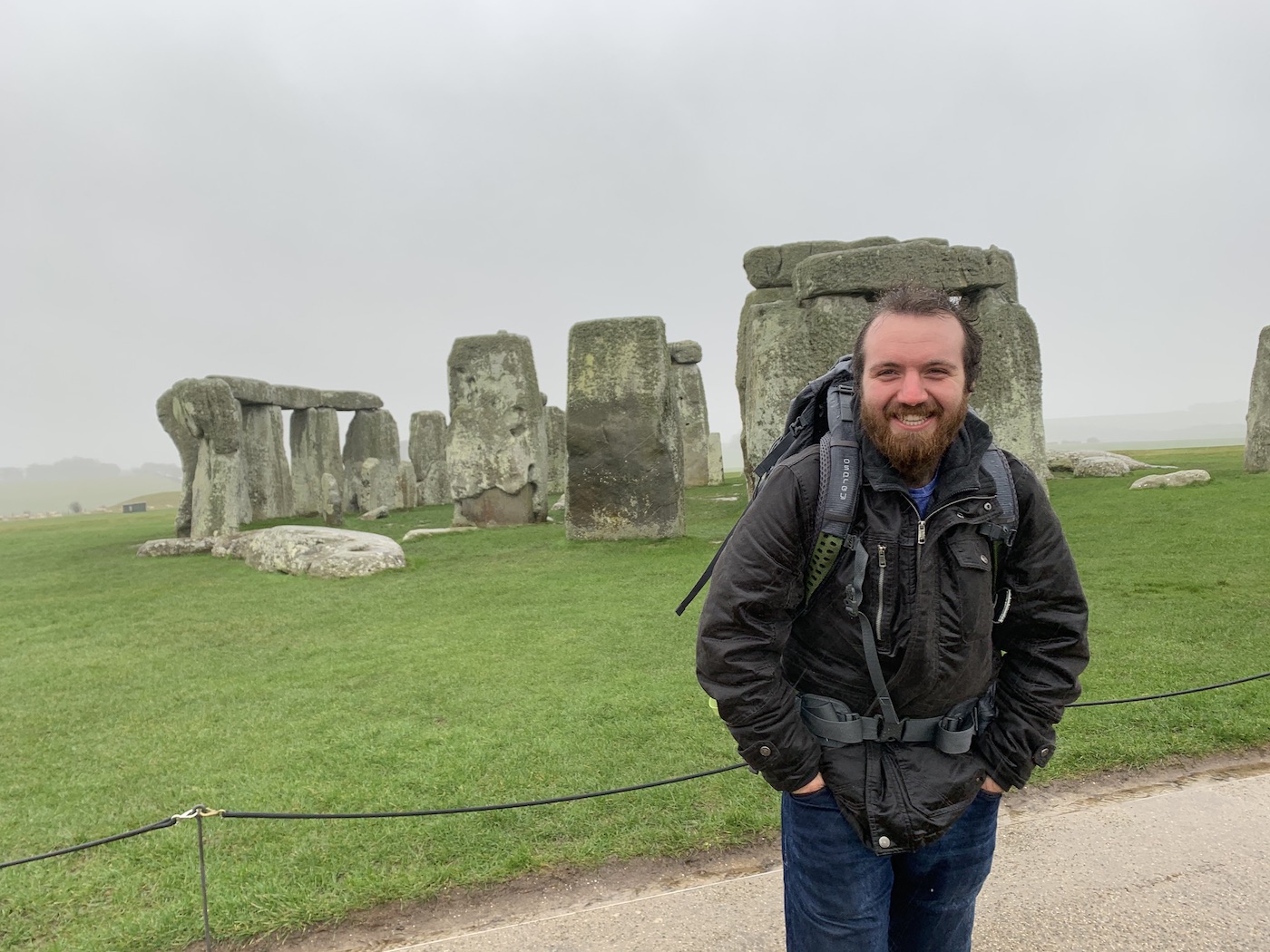 Picking up from where my post yesterday left off the flight from Prague to Munich was uneventful. Though my ears pricked up when I started to hear more English spoken on the plane than anywhere since I left England. That was my first clue that we were all bound for the same fate. When we were debarking I noted classic American telltales around me: white socks and sneakers, clothing with American names and logos, and loud confusion when trying to navigate. The plane from Prague was a few minutes late arriving so a pile of us were briskly walking towards the international terminal to make sure we made the tight connections. The lounges, gates, and shops around us were practically abandoned. Several shops were closed or barely staffed by bored workers. I think besides the flurry of Americans trying to get home everyone else is smart enough to avoid traveling right now.

We all passed through the customs gate into international departures where a significant majority held out American passports to be stamped. The closer we got I think the more adrenalin-fueled we became, I know I was. We half-jogged our way through the terminal, slowing down to discern a sign written in German—to the bemusement of the border police watching these American packs go by. Finally, we boarded a small shuttle to carry us to the gate. It was a nice moment for us all to catch our breath. Since we had the time we asked each other which flight everyone was on. "Boston," "Chicago," or "New York" everyone answered, memorizing the appearance of their peers so we know which pack to follow when we leapt from the tram. We only had a short way to go now. Up the stairs and around a corner where we ran into a wall of people.

America, in her infinite wisdom, doesn't trust the first passport control checkpoint. A second one is instigated where in addition to passports being checked, hopeful passengers are quizzed about where they've been and which plane they're on. I invite you to consider the stress involved in trying to remember where you've been when you can hear "last call for New York" over the PA. Squeezing past people waiting for later flights I rushed to the front. I remember rambling off "England, then Paris. Wait no not Paris it's that little country... Germany, uh. Czechoslovakia! and uh..." After hearing me mention a country that hasn't existed for nearly 30 years she just laughed and waved me through. I guess everyone's story sounded something like that.

Past the second checkpoint and the wall of people, the far side was abandoned. It was peaceful after all the confusion and pushing before being allowed in, but I had no time to enjoy it. I sprinted up to the gate where the ticket checker pointed eagerly to the place to scan my ticket and didn't even bother with my passport. I initially thought I was the last person to board, but given that I had sufficient time to find my seat and settle in before "boarding complete" was called I must have just been near the end. The plane didn't end up being full, either because people were priced out of tickets (several hours after I booked ticket prices peaked at $5,000 apparently) or couldn't pass inspection in time.

It's rare that I've seen so many strangers become instant friends. I think virtually all the passengers aboard the plane were Americans and we were all in the same boat, both literally and figuratively. Often a few good eggs aboard a flight will help others put their bags in the overhead compartments and everyone is patient if you need to get out into the aisle a few times but this was something else. Everyone was chatting about final destinations while rearranging all the luggage to make everything fit—which usually falls to the flight crew. People actively went out of their way to put families and groups together. We worked as a team to fix any problems that arose around us. People apologized and thanked one another far more often than anyone would expect.

Even once things settled down a bit emotions and adrenalin were still running high. I think babies and young children must have sensed the stress in their parents and got a full flight's worth of crying done before we had even left the gate—fortunately they all quieted down once we were in the air. Several people around the plane had brief moments of hysteria and thought there was no way that we'd be allowed in but fortunately cooler heads prevailed. After the hysteria everything was peaceful. No one groaned when the pilot came on and warned us to expect a 15 minute delay. We all had done the math. We'd be home long before the travel ben comes into effect, and it shouldn't affect US citizens anyway. We all just wanted to be home, however long that took.

For my part, throughout the rush through the airport I entertained some vague notion that I could just leave the airport, board a train, and get back to my planned itinerary. Once I took my seat on the plane to New York I finally had to acknowledge that the trip was over.

I spent far too long dwelling on what could have been instead of focusing on what I had done. When I think on those missed destinations now I realize how few they are for a trip that started 2 months ago. A trip that brought me thousands of miles along the United States freeways through mountains, forests, farms, and cities on a unique trip through my homeland. A trip that led me on a plane thousands of miles further on to London. A trip onboard trains that showed me more of the European countryside than many will in their lifetimes. A trip that showed me storied cities and ancient places. A trip that showed me the history of my family and the land they lived upon. I am incredibly fortunate and blessed to have been able to spend the time and money to make this trip a reality.

After traveling for 2 months wearing the same 7 sets of clothes and never staying in the same place for more than a few nights I can feel my body yearning for a return to normalcy; to sleep on my own bed, to drive my own car, to use my own washer and dryer, and to have a normal daily and weekly schedule to settle into.

I hope you've enjoyed reading this blog as much as I've enjoyed writing it. I imagine that once I finish writing addendums this blog will shift focus from travel to technology, so the audience might be a little different. I hope to revisit many of the places I visited throughout the last few months, though this exact route will remain unique. Perhaps one day some descendant of mine will attempt to recreate the trip, finding as I have that the land is ever changing and the past erodes. But for now, I'm looking forward to a period of rest before moving to Seattle. Long have I visited new cities, historical sites, cemeteries, and museums. Long have I made new friends only to part ways too soon. Long have I lived a few days in one place yearning to spend a year there only to move on and repeat the cycle anew. Now my trip is almost done and I have the rest of my life to start figuring out.

"The Road goes ever on and on

Out from the door where it began.

Now far ahead the Road has gone,

Let them a journey new begin,

But I at last with weary feet

Will turn towards the lighted inn,

My evening-rest and sleep to meet."

- J.R.R. Tolkein, last page of The Lord of the Rings: The Return of the King.